The NAAB Board has 13 voting members. ACSA, AIA, and NCARB each nominate three Directors; AIAS nominates two; and there are two Public Directors. The Past President and Executive Director serve ex officio. The NAAB Board meets at least three times a year to consider official business including accreditation decisions. 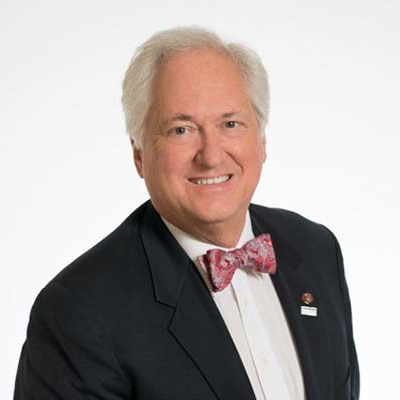 Hoffman is Senior Vice President of LK Architecture, Inc., a 115 person Architecture and Engineering firm based in Wichita, Kansas. He has held an NCARB Certificate for 40 years and is licensed in 29 jurisdictions. His professional activities include serving as the 2018-2019 President of NCARB, on the Kansas State Board of Technical Professions for 12 years, on the AIA Board of Directors, on three Editorial Review Committees for the Architect’s Handbook of Professional Practice, on numerous AIA national committees, and on the Advisory Boards of the University of Kansas’ School of Architecture and Design and Iowa State University Department of Architecture. He has also served on 9 NAAB accreditation visits and one International Certification team. Hoffman has received the Henry Shirmer Distinguished Service Award from AIA Kansas. 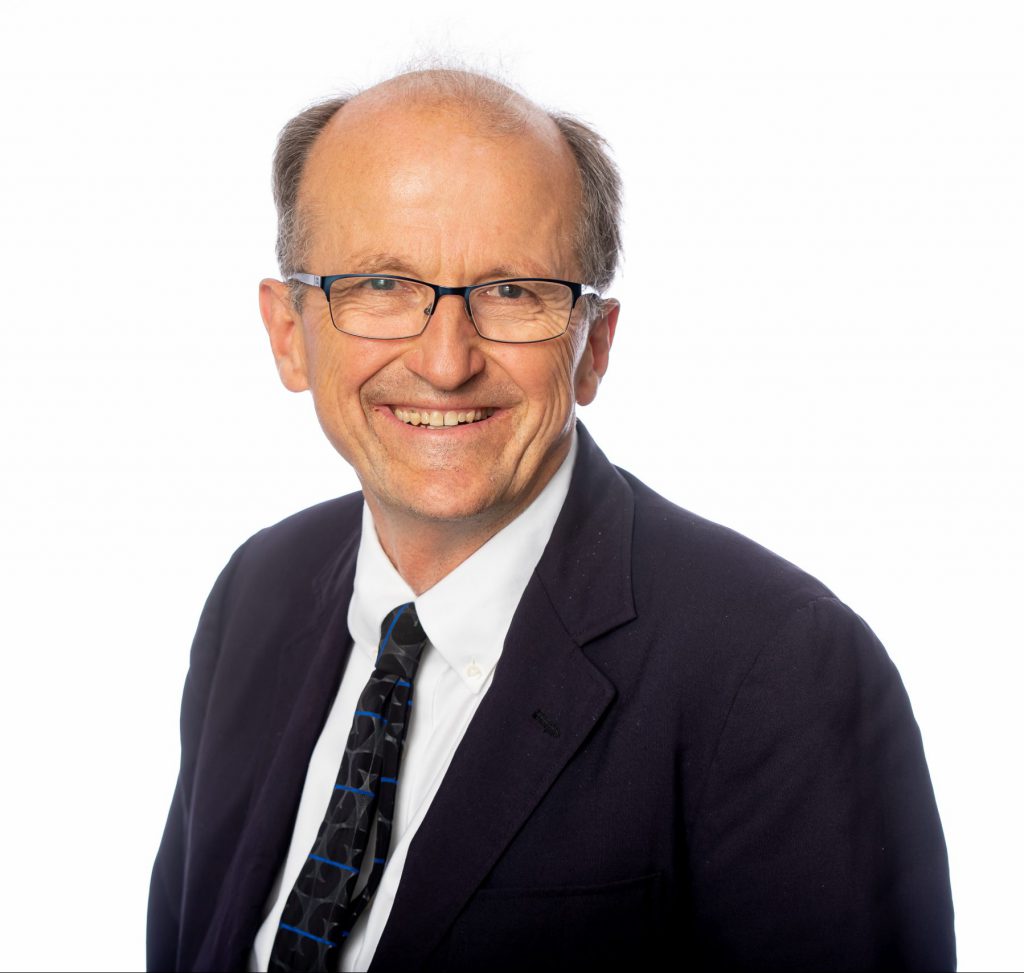 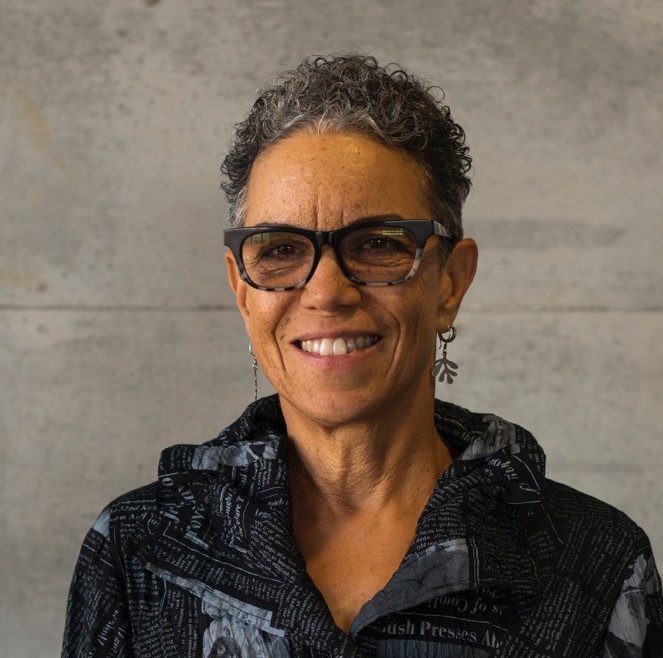 Pride is a Professor of Architecture at the University of New Mexico. As an architect and urban designer, she emphasizes principles of collaboration and public engagement in her teaching, research, and professional consulting. Michaele’s current work focuses on the intersection of design and public health—seeking ways to create healthier and more equitable communities. As Director of the UNM Design and Planning Assistance Center (DPAC), Michaele leads projects that connect communities to students and faculty. She is also a co-convener of the HIVE Network at UNM (Health, Inclusion, Vibrancy and Equity), connecting to address adverse determinants of health and wellbeing in New Mexico. 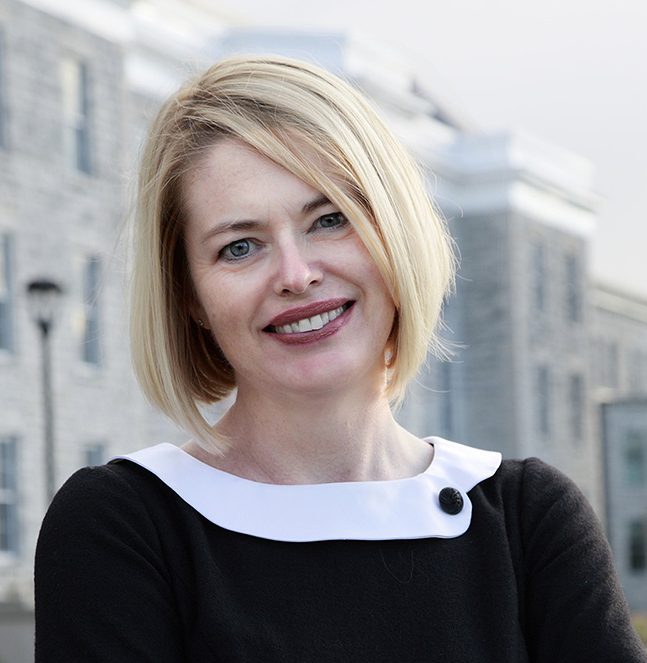 Hayes McAlonie, FAIA, LEED AP is the Director of Campus Planning at the University at Buffalo. Her work involves overseeing the implementation of the university’s Comprehensive Master Plan and the strategic planning for UB’s three campus environments. Hayes McAlonie has dedicated her career to educational architecture. She has spent the past 14 years researching the life and career of Louise Blanchard Bethune, FAIA, the first professional woman architect. She is currently writing a monograph, The Lady Architect: Louise Blanchard Bethune, FAIA. Hayes McAlonie has been active in AIA, serving as 2008 President of AIA Buffalo/WNY, 2012 President of AIANYS and 2016-2019 Regional Representative of the AIA National Strategic Council. 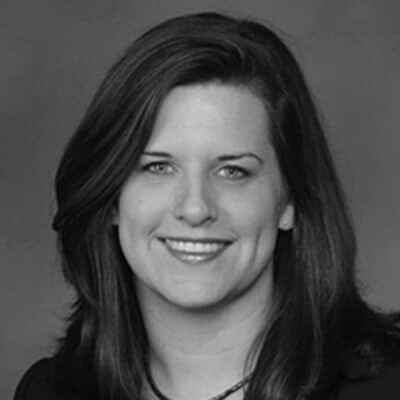 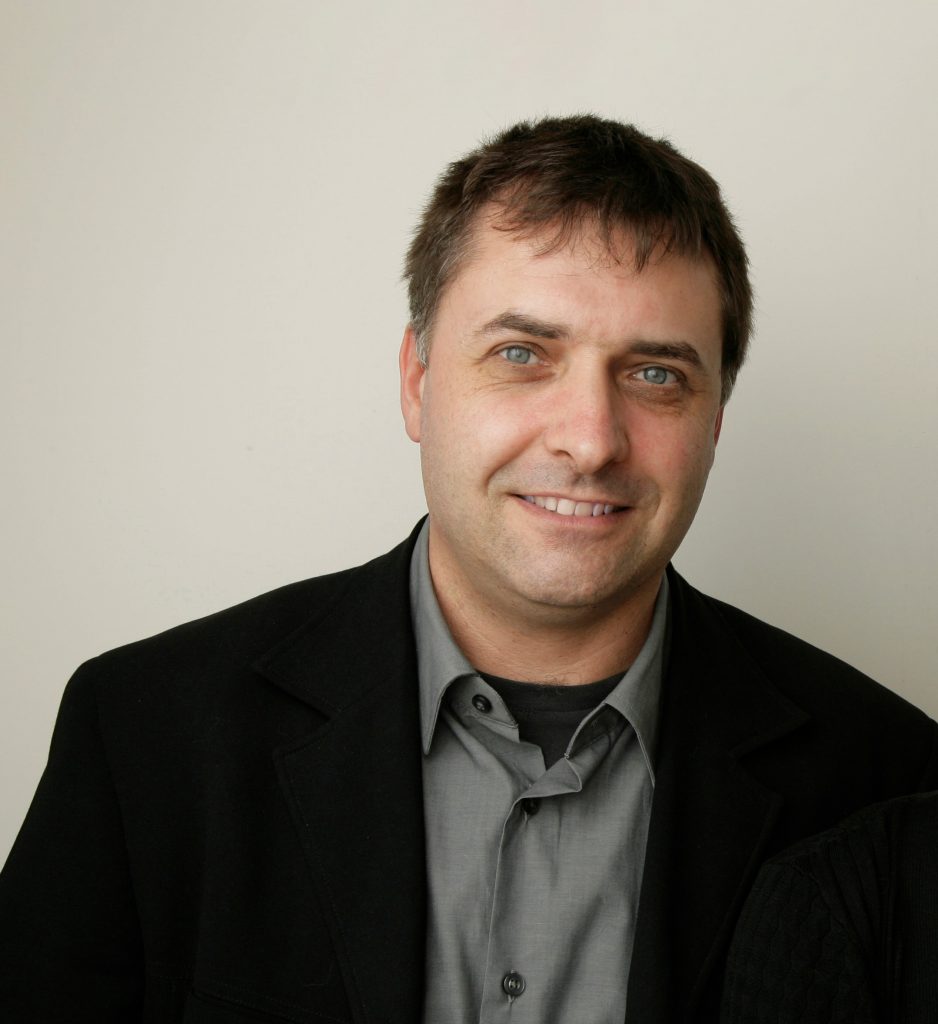 Day is a Douglass Professor of Architecture at the University of Nebraska-Lincoln, founding principal of Actual Architecture Company and formerly, principal of the San Francisco and Omaha-based firm Min | Day. Day is a graduate of Harvard College and U.C. Berkeley where he received his M.Arch degree. At UNL Day runs FACT, an interdisciplinary designbuild studio, and he served as Director of the Architecture Program (2012-2017). Day has garnered numerous awards including a 2019 Progressive Architecture Award, the Architectural League of New York’s 2016 Emerging Voices, Architectural Record’s 2009 Design Vanguard, and over 80 national, regional, and state design awards. 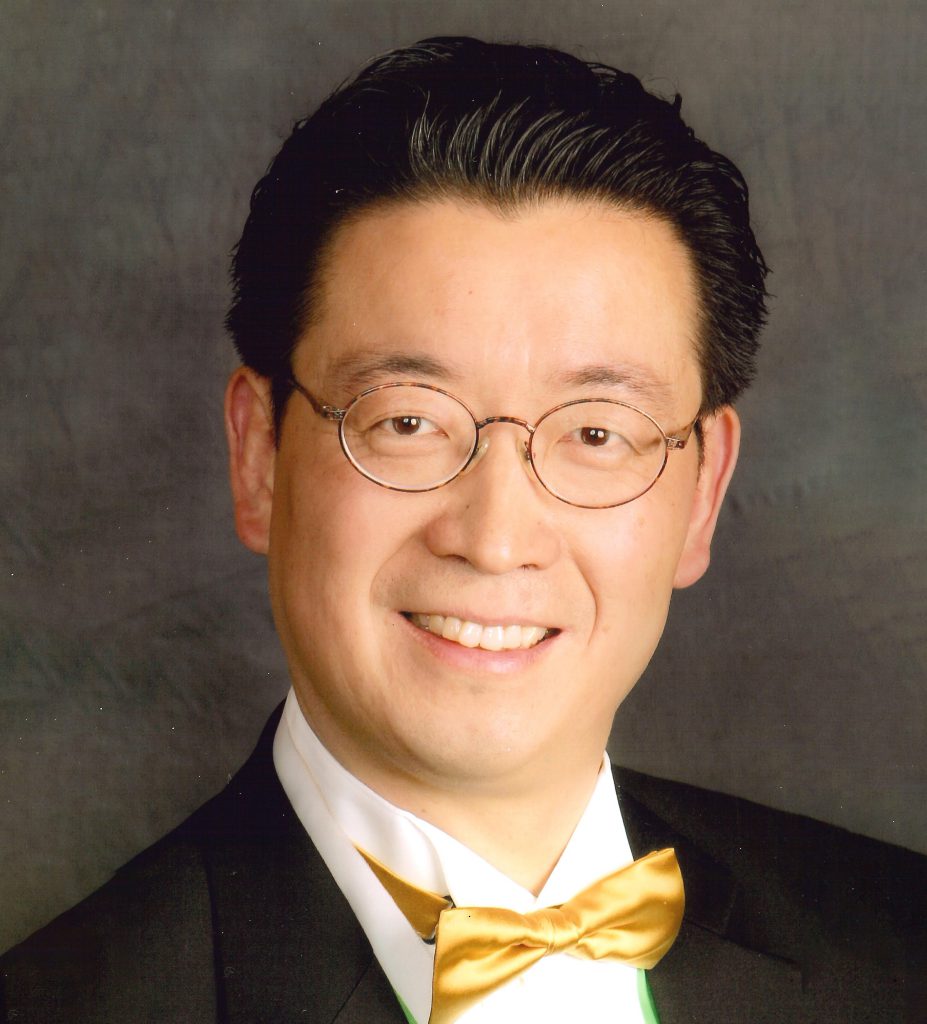 Feng is the District Architect of San Francisco Bay Area Rapid Transit District, overseeing the agency’s design and construction standards among his broad responsibilities. He received a bachelor’s degree in architectural engineering from Tongji University and a Master of Building Science from USC. Feng lectured and published internationally on mobility, sustainability, and climate resiliency. Feng was honored as a fellow of CSI in 2005 and a fellow of AIA in 2008. Feng was awarded NCARB Presidential Medal in 2022 for his distinguished service. Feng has served 3 terms as the president of California Architects Board, the largest in US by regulating over 20,000 licensed architects. 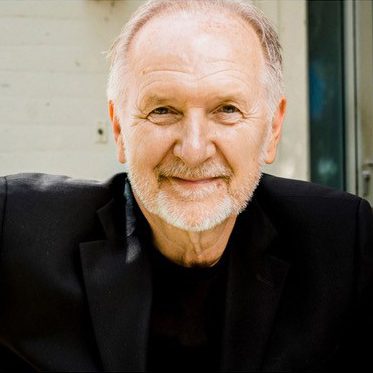 Practitioner and teacher, Hricak balances a practice distinguished by the diversity and quality of its work, honored with numerous design awards, with a dedication to design education. He holds a Bachelor of Science in Architecture, from the University of Southern California and a Master in Architecture from Harvard University’s Graduate School of Design. A past director of AIA/National and an AIA/California regional director, he has also served as president of AIA/California and AIA/Los Angeles. He edited the Architecture Students’ Handbook of Professional Practice, 14th Edition, also serving on the 15th Edition. He is currently an Adjunct Associate Professor at USC. 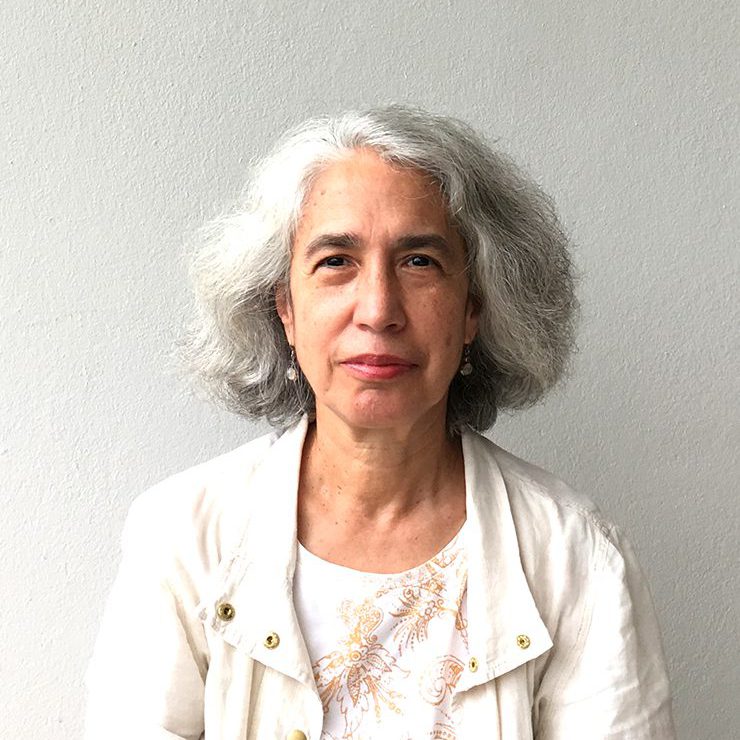 Sánchez-del-Valle is Professor of Architecture at Hampton University in Hampton, Virginia. She previously held appointments at the Florida A&M University and at the University of Kansas. Her teaching and research consider the representation and organization of design information through traditional and digital means from small scale modeling and simulation to urban mapping, the design process, and collaborative interdisciplinary work. She received a professional degree in Architecture from the University of Puerto Rico, and a doctoral degree from the University of Michigan. Sánchez-del-Valle has served on the ACSA and AIAS Board of Directors and has participated in many NAAB visits nationally and internationally. 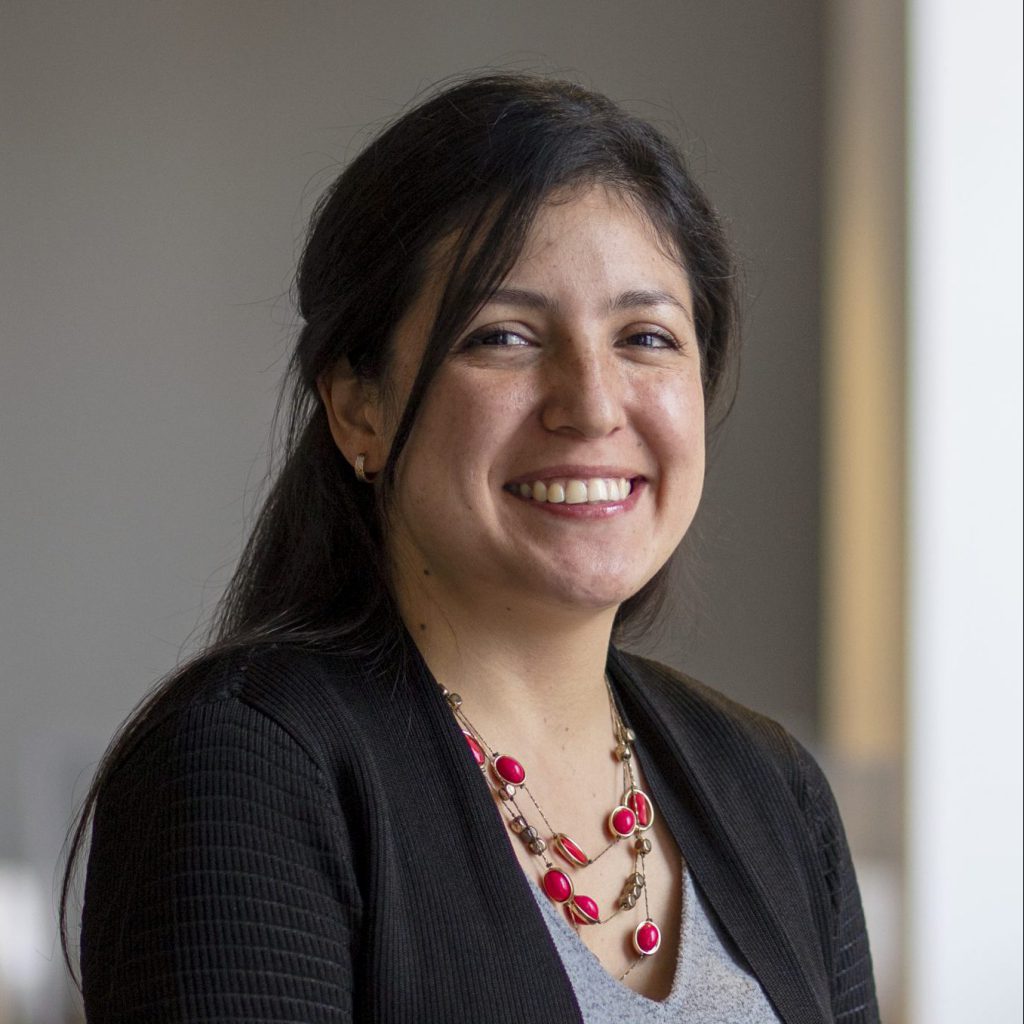 Valerdy is pursuing her Bachelor of Architecture from the Gerald D. Hines College of Architecture and Design at the University of Houston. She has served as the student representative to AIA Houston’s Board of Directors and Latinos in Architecture committee, and on the Hines College of Architecture and Design Alumni Association Board. Valerdy currently serves as the President of the UH AIAS Chapter and has previously served on the AIAS national membership committee. She has served on four NAAB accreditation visits. Valerdy joined the Houston office of Perkins&Will as a summer intern in 2021 and consults part-time for the Parapan American Games as an accessibility specialist with iDesign Access. 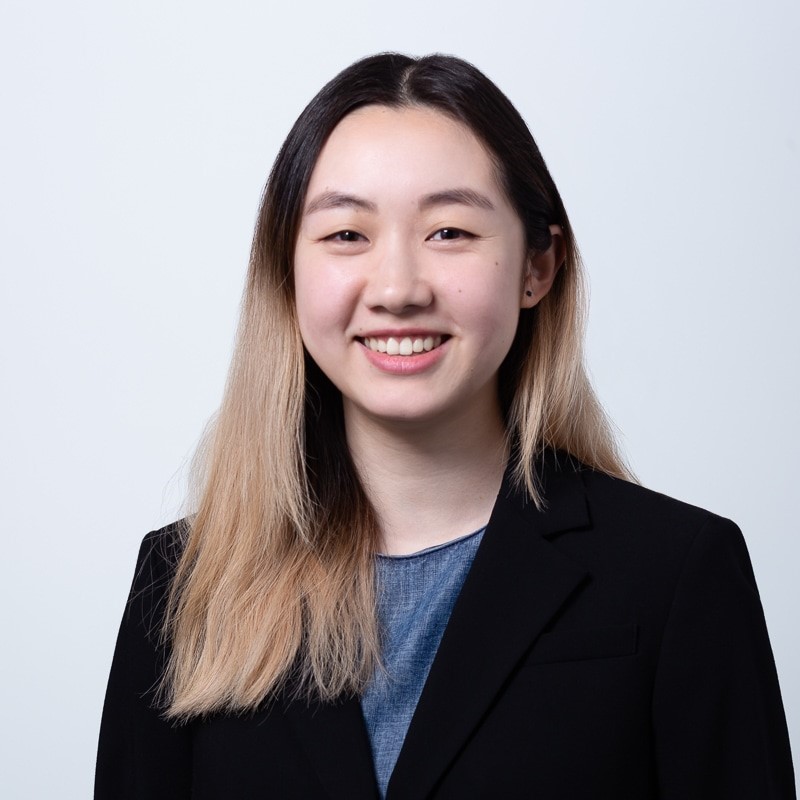 Xu is pursuing her Master of Architecture from Northeastern University in Boston, Massachusetts where she previously received her Bachelor of Science in Architecture with a minor in Psychology with honors status. She is the 2021-2022 Alpha Rho Chi Medal recipient and Mentorship Award recipient at her school. She served as AIAS’ chapter president and on the AIAS National Finance Committee for two consecutive years. Xu currently is the NCARB Student Licensing Advisor for her university and acts as Senior Advisor to the AIAS chapter. 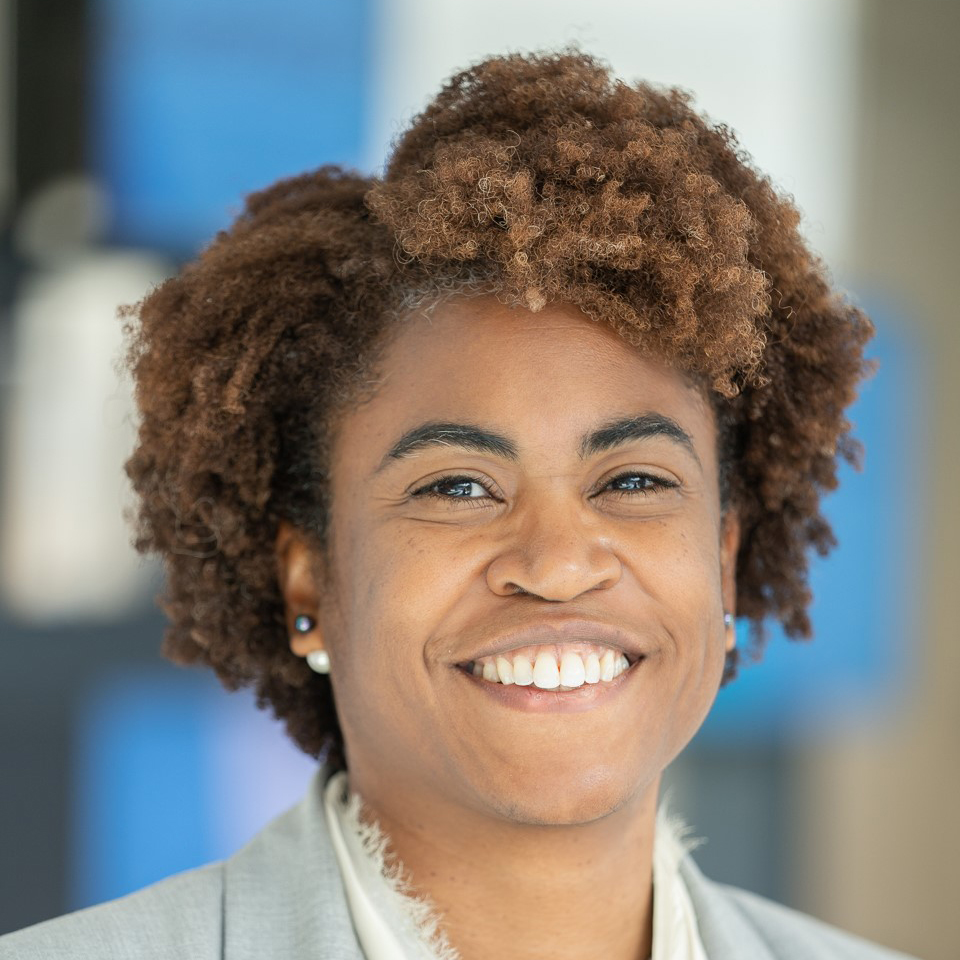 Jones is a director of Research and Development Business Strategy at Biogen. Dr. Jones is an epidemiologist experienced in leading strategic collaborations and development of scientific knowledge for neurological therapeutics across drug development and commercialization lifecycles. Previously, she served as Chief Executive Officer as well as several other roles at Marga Incorporated, a consulting firm providing strategic advice and research for community partnerships and philanthropic initiatives. She has degrees from the Johns Hopkins Bloomberg School of Public Health (PhD), Columbia University (MA), and Princeton University (AB). 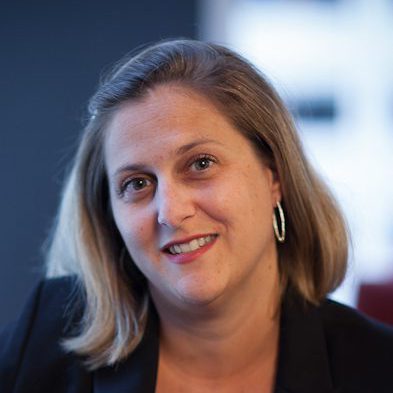 Frickx received her B.A. from The George Washington University, her M.S. from Northwestern University and her EdD from Benedictine University. She served for over 20 years at Harrington Institute of Interior Design in various roles including Director of Academic Affairs, Director of Institutional Effectiveness, and Campus Director. She developed the institutional assessment plan and was heavily involved in programmatic and institutional accreditation efforts. Frickx is now the Director of the Global Gateway Program at DePaul University, where she oversees all academics and operations. Frickx lives in Oak Park, IL, where she volunteers at the Frank Lloyd Wright Home and Studio.